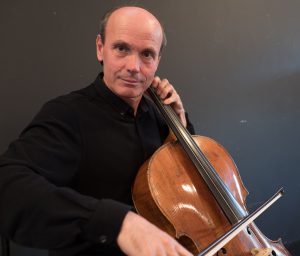 Michael Muller was born in Gunzburg at the Donau.

His father came from Transsylvania and his mother from Austria.

He studied cello at the Musikhochschule Muenchen and the Universitaet der Kuenste in Berlin, Participating in masterclasses with Boris Pergamenschikof, David Geringas and Heinrich Schiff.

In 2013 he became solocellist of the Radio Filharmonisch Orkest.
He trained as a chambermusician with Walter Levin (Lasalle Quartet),Amadeus Quartet in Cologne and with Sandor Vegh in Salzburg.

He plays on a cello by Januarius Gagliano (Napoli 1734), made available by the Dutch National Instrument Faoundation.